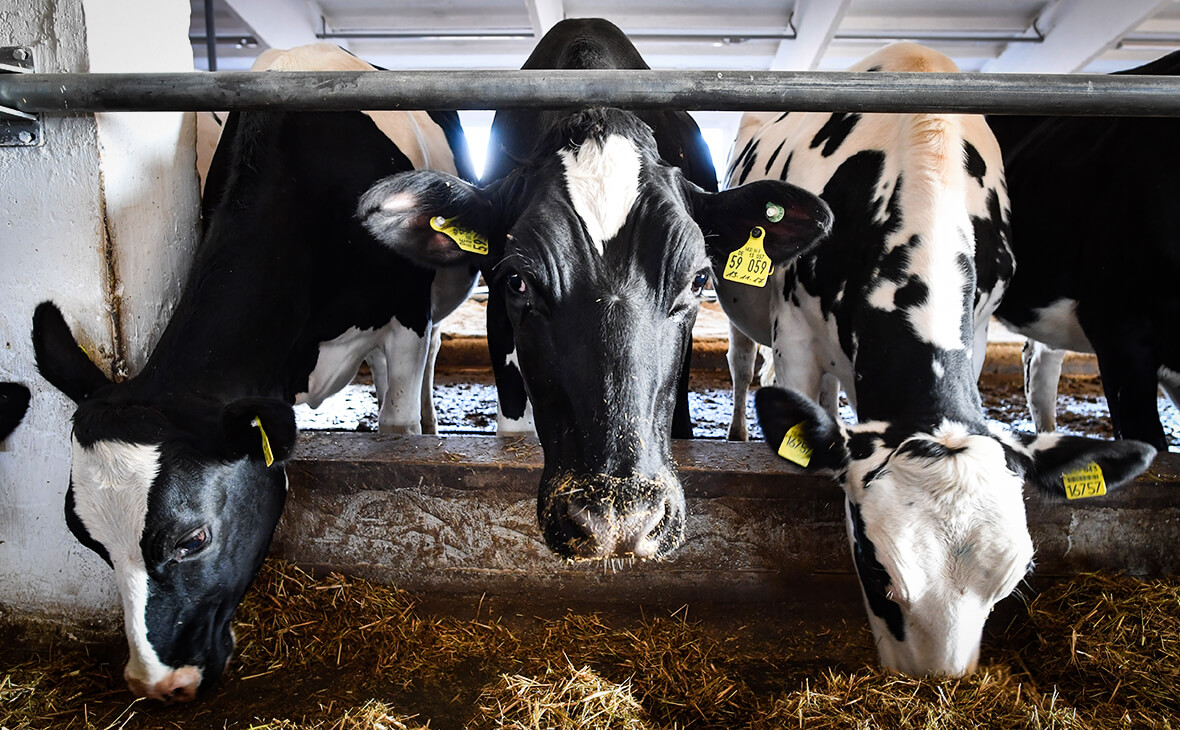 For a long time now, milk has no longer been an idyllic farmer’s product, but the result of a profit-hungry industry.

“Humans are the only living creatures that consume the breast milk of another species.”

The dairy industry has done a great job. When we Google cows (aka type it in on Ecosia) or think of a cow, we usually see a happy cow, grazing peacefully in a large pasture. The sun is shining. The reality of cows normally looks quite different. They stand in the barn and that all year round in a tiny space. In the worst case, they are not only in small (often dark and dirty) space, but also still in tethering (still allowed!). All their lives.

The grain and soy (often genetically modified corn, genetically modified soy) just mentioned that is fed to cows often comes from South America on conventional dairy farms because it is grown there particularly cheaply. This is called shade-grown forage. For this, the rainforest had to be cut down beforehand, which is simply an ecological disaster. The Amazon produces 20% of our total oxygen and holds a gigantic biodiversity. Through the clearings, the climate crisis and the extinction of species is further advanced. Ots.at writes: “The soy from overseas is not only often genetically modified, but also causes rainforest destruction. Austria alone imports around 500,000 tons of soy annually, of which at least 350,000 tons is genetically modified.” Some of this is used to feed cows.

Three liters of slurry are produced for every liter of milk

Another huge problem is the quantities of liquid manure produced daily on meat and dairy farms. This manure is a toxic cocktail for the environment due to the feeding of genetically modified grain, soy and medicines (antibiotics!). The excrement of the animals pollutes our meadows, fields, rivers, lakes and finally the oceans enormously. More about this in the documentaries The Milk System, Cowspiracy and What The Health. Highly recommended!

Methane: Fossil fuel combustion produced 29% of man-made methane emissions from 2000 to 2009. Shockingly, almost as much methane is produced by livestock. This occurs primarily through the digestion of cattle. Methane is about 23 times more harmful to the climate than CO2.

Nitrous oxide: Agriculture is by far the largest contributor to nitrous oxide emissions, accounting for 59%. Nitrous oxide (N2O), also known as dinitrogen monoxide, is primarily released during fertilization: manure, slurry and industrially produced fertilizer all contain nitrogen. When these nitrogen-containing compounds are then broken down, nitrous oxide is produced, which escapes into the atmosphere. But also fermentation residues from biogas plants, the chemical industry and the burning of fossil fuels release nitrous oxide. Nitrous oxide is incredibly more harmful than CO2. Crazy!

Again and again articles are titled “Climate killer cow”. The cow is not a climate killer. Humans are the ones driving climate change with factory farming, coal power, frequent flying, etc.

The animals are better off. That is clear. However, the fact that they stand on a beautiful meadow all year round does not usually correspond to reality, even with organic standards. It is better that the animals are kept in a more pleasant environment, that they are not fed genetically modified cereals from the rainforest, and that fewer antibiotics are administered. In terms of carbon footprint, however, organic milk does not fare so much better, although organic farms have been shown to use only about half the energy of conventional farms. The cows live longer, accordingly fart longer and feed more, which in turn produces more feces, etc.

Just like the conventional cow, the organic cow is artificially inseminated and must calve annually. Organic cows are also separated from their calf and taken to slaughter when the job is done. We should not forget that when we sip a sip of organic hay milk.

And then, of course, there are very few, small farms where the cows (not 700, but more like 50) actually live the way we think they should: On pasture with plenty of space. These then feed only (or mainly) on hay and grass and have a “nice” life. These farms were normal in the past, but today they are unfortunately the rarity or the exception. We simply consume too much milk and want to pay too little for it for all farms to function like such a “storybook farm”.

So yes, organic dairy products are better than conventional ones, but they are anything but. With the gigantic expenditure, which one operates for milk, one could cultivate incredibly much vegetables and grain with clearly smaller climatic balance, less resources consumption and thus fewer developing emissions.

Through advertising and the like, the dairy industry not only made us believe that the cows that supply us with milk are doing well, but also planted in our heads that milk is healthy. This is not the case. Milk is difficult for humans to digest, precisely because it was not made for our bodies in the first place. About 3/4 of all people worldwide are lactose intolerant. They lack lactase, the enzyme that can process lactose in the body. It has also been and continues to be advertised that milk makes strong bones, that the calcium it contains makes us strong. It is now clear that the opposite is true.

For example, there are significantly fewer cases of osteoporosis in countries where people consume comparatively little milk. This subject is highly controversial, but it is safe to say that our bones do not need milk at all to become strong. The many animal proteins in milk can lead to over-acidification in the human body, and we know that over-acidification can be the cause of various diseases, such as allergies, inflammations, and many more. That is why it is so important to eat a predominantly alkaline diet. On the subject of over-acidification, there is also a link back to bone density. In order to neutralize the supplied acids, the body needs calcium, which it then has to extract from the bones. Exciting stuff!

Personally, I am completely convinced that milk from another species is not meant for our bodies and does us more harm than good.